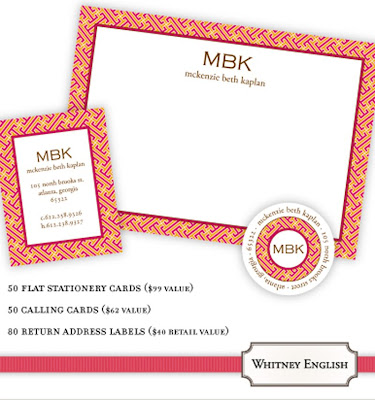 I’m really excited about this week’s giveaway from Whitney English. First, it’s Design Crush’s very first local company giveaway. Second, because it’s an absolutely amazing product line. And third, because it’s massive! Whitney English is known for their stylish personalized stationery, in both trendy and classic designs, so everyone is covered.

To Enter, Tell Me:
• About the best letter you’ve ever received (email doesn’t count!)
• Your email, should you win (those who do not will be disqualified)
• Do it all before Monday, November 23rd at 9am CST