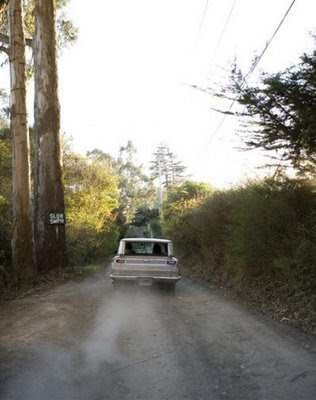 This week’s Word was brought to you by Danielle of Midwest Modern Girl. After you check out her blog, swing by her shop for some adorable paper goods! Thanks, Danielle.

Word: The Bedlam of Beefy.

This week’s Word is brought to you courtesy of Uncle Beefy of The Bedlam of Beefy. Read on friends, I swear it’s like a novel excerpt… 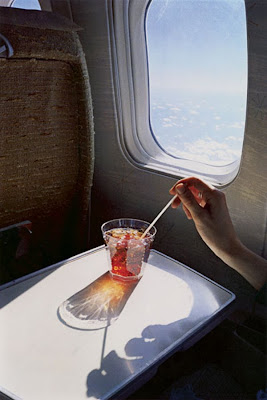 Go get it. Go, go, go. Get, get, get. It was the long-running theme of her life. She always seemed to be the one to “get it”… but never actually got it. The getting was invariably for someone else. Friends, family, even complete strangers had all reaped the rewards of her attention and servitude but the swell of pride she’d take with her for her selflessness was often shallow and short-lived.

All her life she silently watched from the sidelines trying to calculate the formula that would see her rise up and meet her glory. The right shoes, the right hair, the right attitude, the right voice: it was all negotiated until she had no voice left. At least not her own. But others’ invasive whispers would menacingly creep through her company. Sometimes at night, in the quiet of her own head space, her voice just might bubble through the cacophony of external clamor. But even then it usually ended in a battle between self-deprecation and self-esteem which rarely stood a chance in the first place.

So much baggage and the excess weight fees were seriously steep to her emotional bank account. And her back was killing her. What was she pulling around all this time? Sifting through the sordid unmentionables of her life, she realized that all the things she thought she had needed to define herself and her worth just wound up being someone else’s shit. There was just no hanging on to it anymore. The universe is one bitch of a gate agent and had finally told her that, unless she wanted to pay the penalty, it was time to lighten the load.

“Go get it”, she finally thought. And now she got it alright. A one-way First Class ticket that would take her straight into who she was always meant to be. Straight up or on the rocks, this time the getting would be good. 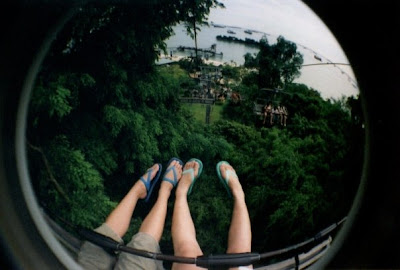 {ffffound}
flipflops were on sale,
so we both bought a pair

we glide high
above the trees
in the breeze,
my best friend n’ me.
we swing our legs
and make our plans
just like we always do.
there is no one
i’d rather sit with,
shop with, text with,
sing with, dance with,
drive with, eat with,
laugh with, be with.
just my best friend n’ me.

This week’s Word is right outta the mind of the fabulous Marta. You can read more of her beautiful words and coo over her adorable son, Benji at her blog, marta writes. Thanks so much for your contribution to Word, Marta! You captured it just so.
Posted In guest post, word
5
September 22, 2009 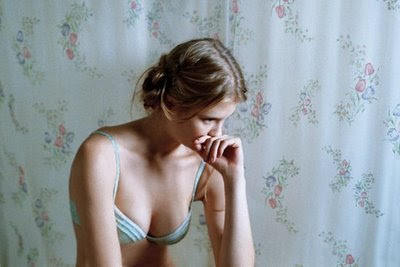 I will never look back.

I will never be ashamed.

I need only me.

He is part of me.

Thanks a million times over to Carolynn of Two Brunettes for flexing her writing muscles for this week’s WORD! If you’ve been under a rock for the past year or so and haven’t seen her lovely paper goods hop on over to Two Brunettes asap and take a gander.
Posted In guest post, word
3
September 15, 2009 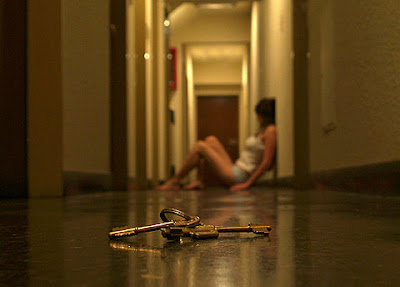 {via ffffound}
wake up.

in a long cavernous hall
nearby, a sign
two keys
not sure what it means
body cold and spread
was i left for dead?
an eerie light
where am i?
eyes closed
tears are shed.
a whimper, a whisper
“the keys,” she said.
one for this door,
one for that
footsteps near, she cranes her neck
a gentle tug on the door and he suggests

must have been sleepwalking again, she warily said.

A big thank you to evie s. for this week’s contribution to Word!
Posted In guest post, word
1
September 8, 2009 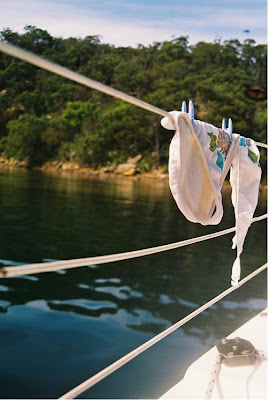 Naked, I dive in. Seaweed tendrils circle my legs, tickling the back of my knees, coaxing me down. I plunge again, lungs gulp-full of air. Little particles move like dust motes across my path. My arms break them into a swirling, eddying torment.

Now, I go deeper, my lungs starting to hurt, the water darker, cocooning all around me, stilling my senses. My head lightens. And I wonder if what’s left is the real me or the adrenalin talking. But I feel loose, meant to be underwater, happy to give it all up and let the undertow take me.

The water flecked now with glitter. Without deciding, I’m moving back towards the sun on the surface. And I’m there. Gasping and spluttering for breath through smiles, exhilarated and beat. I look back at the boat; yesterday’s bikini still drying in the sun. I flip and turn, kicking further out. I’m not ready to go back to all that yet.

Thanks to Jane of Ill Seen, Ill Said for this week’s edition of Word! You can check out guest posts from past weeks right here.

A big thanks to Jennifer of Bits of Beauty for starting today off with another great edition of Word! 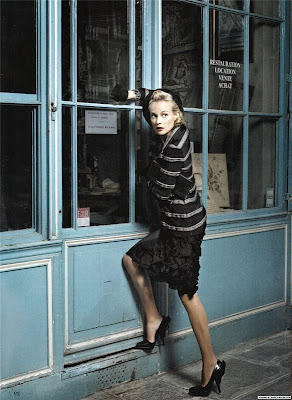 {Knocks at door}
Bonjour?
Ugh, how can the store be locked, our appointment was 15 minutes ago.
I have stolen treasures from my rotten ex-boyfriend I must fence and that man across the street is staring at me. I have no idea why, I don’t look suspicious at all. I’m the picture of discretion. Perhaps, he is admiring me. Of course! Look how stylish I am! I’m part Grace Kelly and part Hitchcock heroine. How could that worthless prick possibly cheat on this? Bastard.
It’s ok, I’ll be getting my revenge, if this fool ever opens the door.
God, I have to pee. I do look fabulous though.

This week’s Word is brought to you by the lovely Elise of enJOY it! If you haven’t checked out her blog or shop yet I highly recommend it. Immediately after reading this of course…. 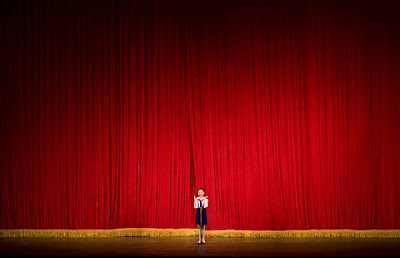 This week’s Word is brought you by none other than one of my very, very favorite, favorite bloggers – Melisa of The Lil Bee… 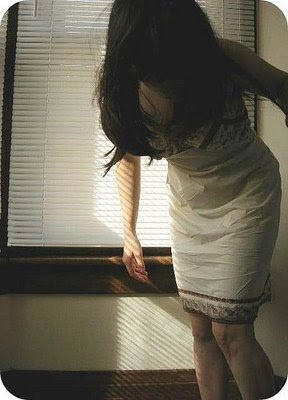 {via ffffound – photographer?}
I look too wrinkled? I do, right? I’m wrinkled. Shoot. Should I steam? Maybe I could hang it in the shower for a minute. Wait, no…it’s already 9:15! Omigod I am so late. Shoot, I cannot go out like this. Can I? Maybe if I blow-dry it I can get some wrinkles out! Perfect.

Ouch! S#it, damnit, what the, I burned my leg! Omigod ow. You know what? Screw it. It’s 92 f’ing degrees out anyway. I don’t even care if I’m wrinkled. Stupid job. At least I tried. Unlike Dumpy McDumperson Boss Lady. She’ll probably wear her “sensible shoes” again. Heinous. Whatever. All right, I’m out of here. Love you, see you later, hon!!

This week’s edition of Word is brought to us by the ever-awesome Jessica of Shiny Squirrel. Hop on over to check out her wicked fashion sense and eye for art! 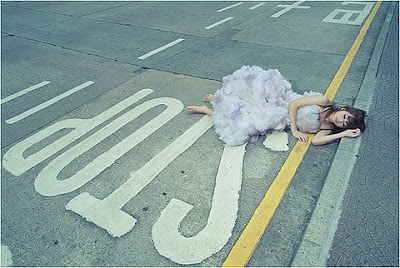 I snore. My ex-boyfriend told me it was terrible, but honestly how bad could it REALLY be??

However if I consider the way my mothers’ snoring is like a freight train coming through the room I could imagine that there were probably a lot of sleepless nights when we were together. The sound is loud and although I try and blame my diveted septum, which I found out I had maybe 6 months ago it doesn’t really help or stop the pain for the other party involved.

I tend to hog the bed curling myself in the blanket and dominating every inch of it. I sometimes wonder how I ever lived without my queen size bed because it never seems big enough anymore. I only sleep with one very thin pillow and a pillow case that I have had for the last 22 years. I only have the best sleep when I have it.

I stopped dreaming for about a year and half after I moved to Brooklyn. When I finally did they were either super sexual, super violent, or I was losing my teeth. I have only recently started getting back to normal dreaming where I have super powers mostly ones that involved climbing or shooting laser beams.

I wish I could sleep anywhere or I smiled when I slept like her. Although I am afraid I am not as graceful and if you were to take a photo of me when I was in a deep sleep my mouth would be gaping wide open and I would most definitely would be drooling.