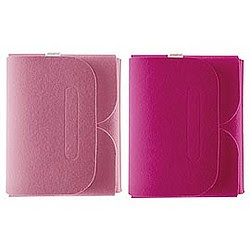 I adore these stylish and functional industrial grade wool felt Red Maloo laptop sleeves. Stylish because, well, just look at them. And functional because they not only act as Protector of Your Baby, but also as a mousepad when you unfold the sleeve. We can all thank designers Katja Hettler and Jula Tüllmann for their genius handmade idea. Currently they’re available in blue, grey, khaki, lime, magenta, orange, red and pink.

Meet the Newest Member of the Family.

This past Sunday I braved the mall and about fifty people in the Apple Store to buy one of the new iPod Classsics. My other iPod (which is about to be sold on eBay – any takers??) is about four years old and only 10GB. I think I paid the same price for it as I did for my new 80GB. Damn technological advancements and their econmical repercussions. Anyway, the Classic has a beautiful wide screen and the same technology as the iPhone that allows you to flip through your music library by album cover. The one strange thing – the “white” is actually silver. 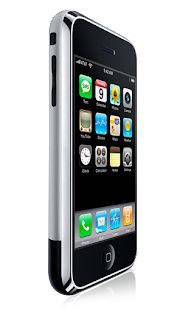